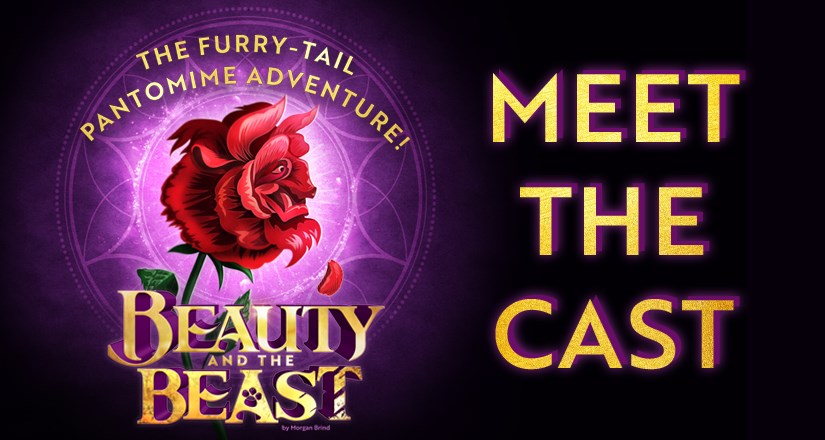 We've got the beast news... These beauties are coming to Solihull this Christmas! Here is the first look at our fantastic cast for this year's Solhull Panto! 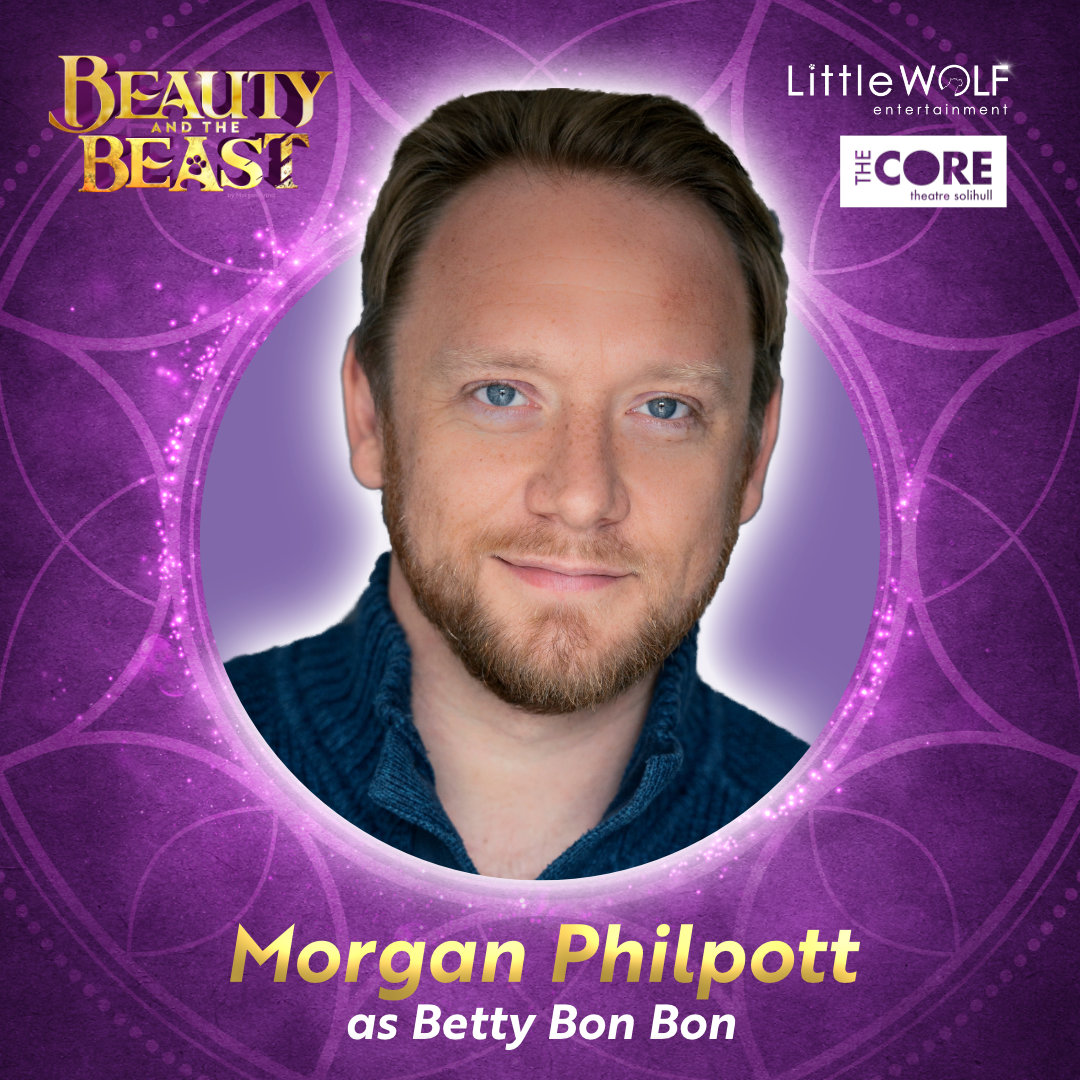 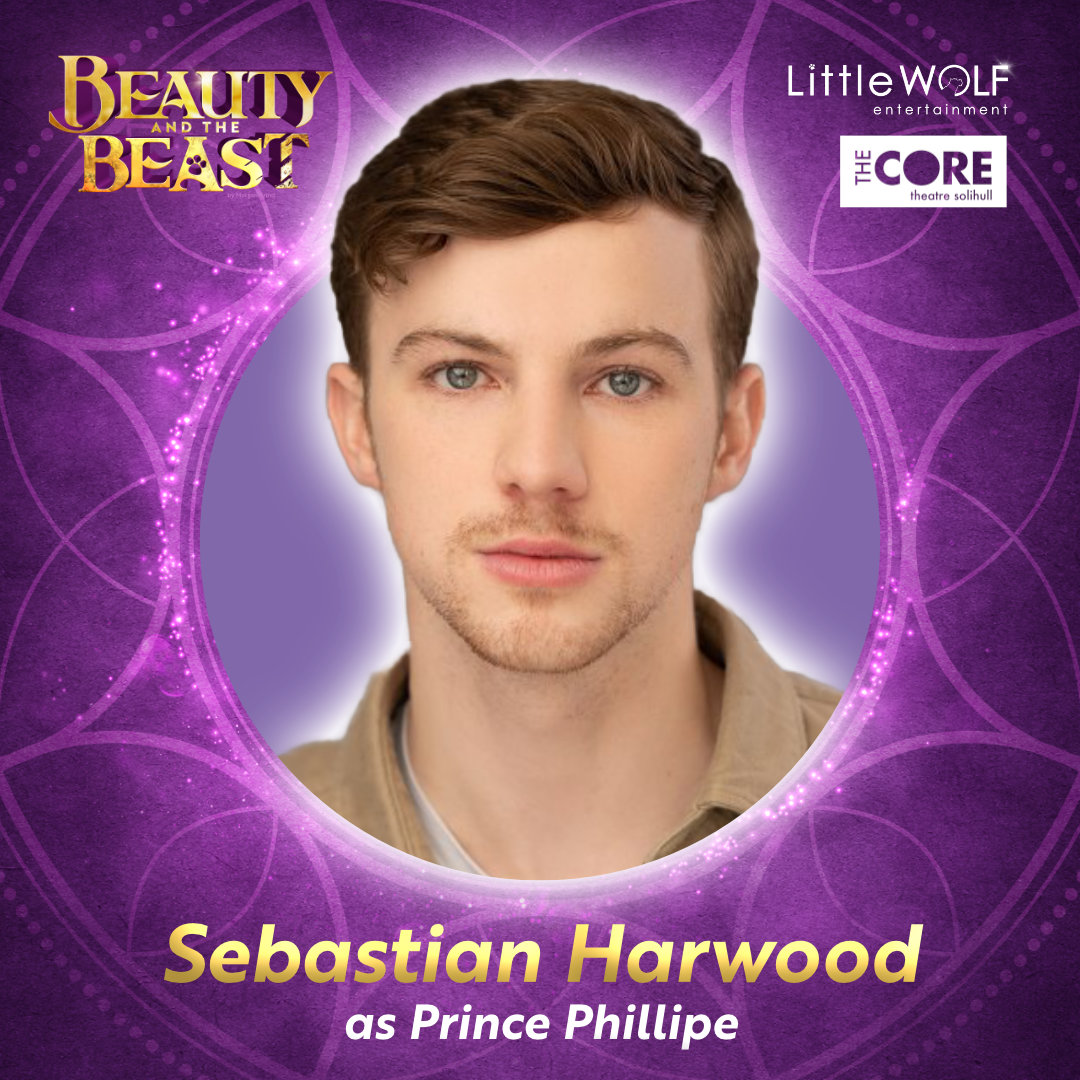 Seb is a London-based performer who studied Musical Theatre at the Royal Academy of Music. Outside of performing, Seb loves sport and music. He is a big Liverpool fan (his favourite player is James Milner) and at the weekends can be found sat on the sofa checking his fantasy football score or cheering Lewis Hamilton on in the F1. Seb also loves playing the piano and is currently learning the guitar.

Rebecca graduated from Trinity Laban in 2019 with a degree in Musical Theatre. She made her professional debut in 2018 in Bernstein’s Mass at the Royal Festival Hall, conducted by Marin Alsop.

Following that, she was featured in a promo advert for Channel 4’s The Great British bake-off. She toured the UK and Middle East with a stage adaptation of Rod Campbell’s beloved children’s books Dear Zoo and Dear Santa in 2019 and 2022. Most recently she sang in a masterclass with Kerry Ellis, directed and produced by Hugh Wooldridge.

Rebecca is thrilled to be working with Little Wolf and The Core, making her panto debut as Belle. She would like to thank her family, friends, and agent for their continued support! 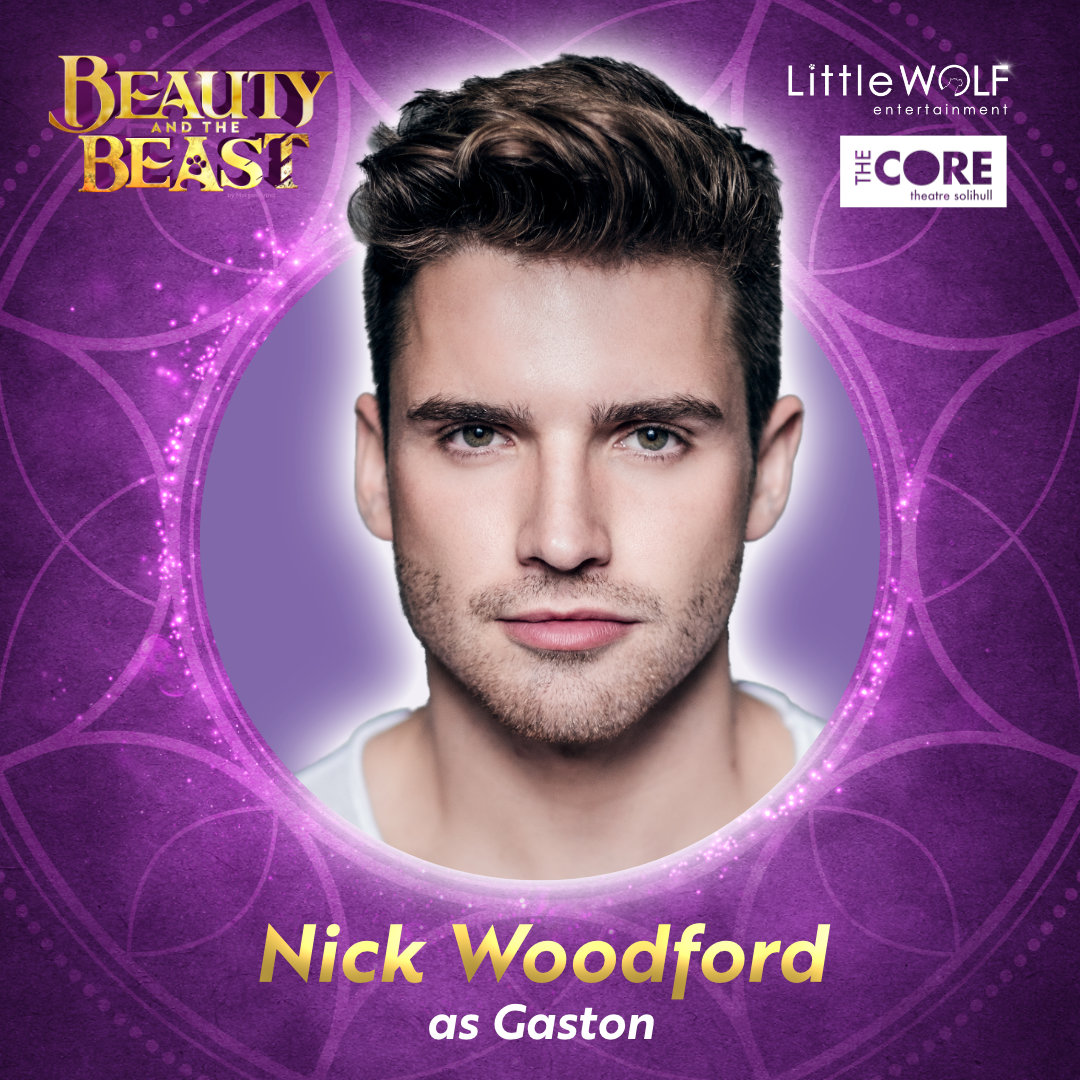 Nick trained at Laine Theatre Arts and Graduated in 2014. Since Graduating, he has travelled around the world performing on cruise ships and tours in Europe. His most recent role was The Rum Tum Tugger in Cats with Royal Caribbean. Other credits include: Singer/dancer in Musical Starnights (European Tour), Featured Vocalist - Celebrity Cruises, Featured Vocalist - Norwegian Cruise Line,  Ensemble - Cinderella Theatre Royal Nottingham.

Nick also models and has recently featured in a TV commercial for Sensodyne. 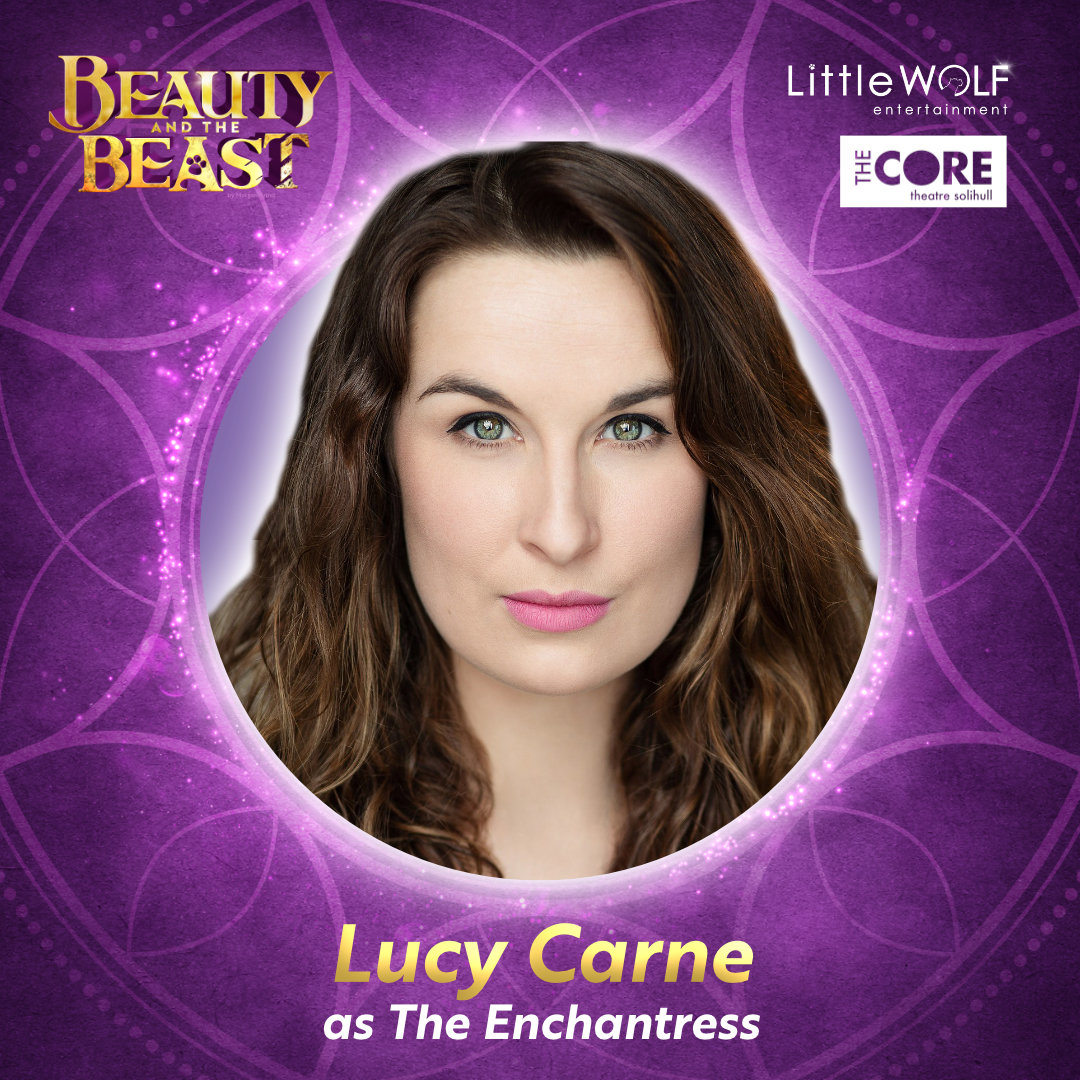 Lucy Carne as The Enchantress

This is Lucy's third pantomime & she is excited to be spending this Christmas in Solihull! 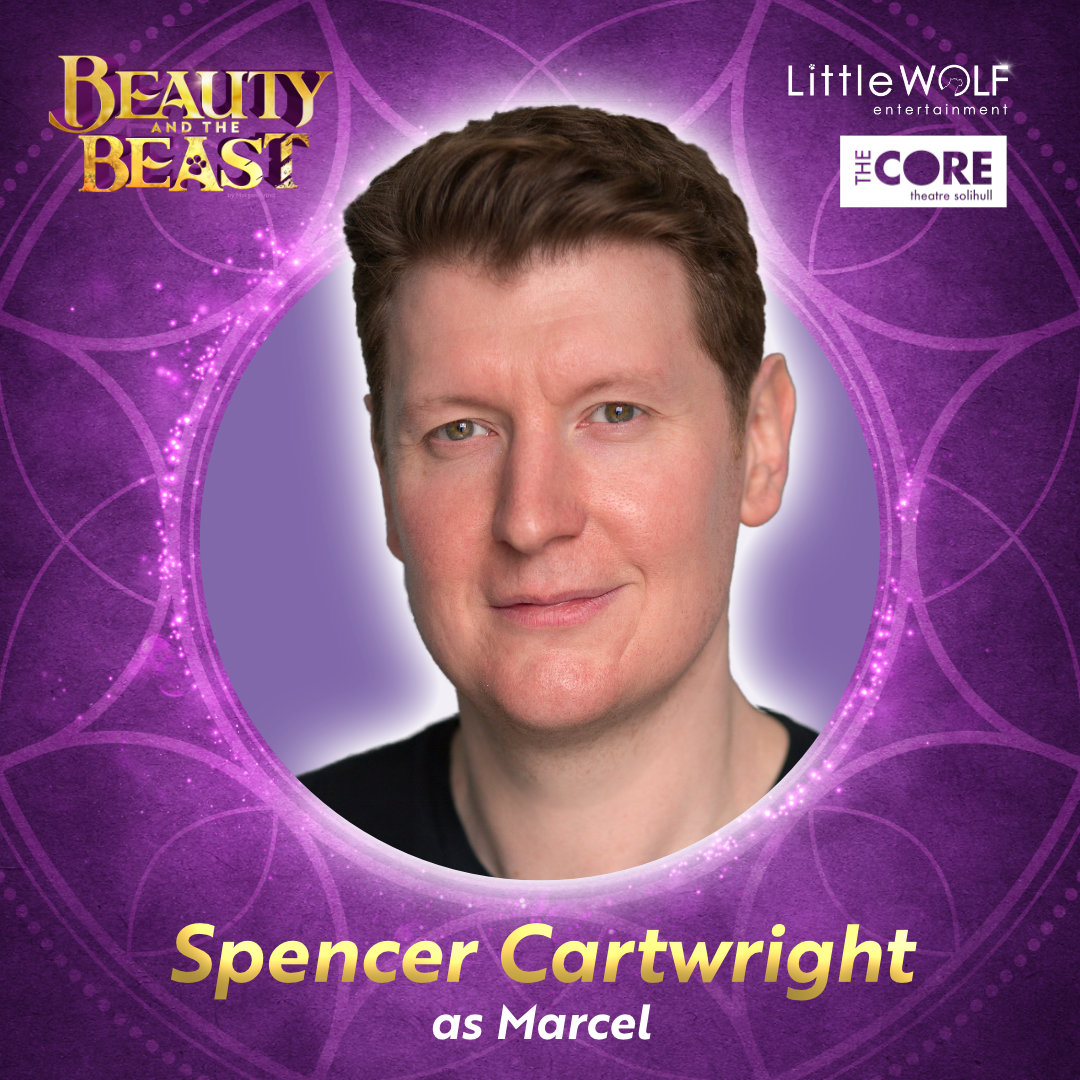 Spencer trained at Mountview Academy of Performing Arts. His theatre credits include Jenufa, The Makropolus Case and Sir John In Love all with the English National Opera.

He was a cast member in Billy Elliot The Musical for eight years, during that time he understudied and performed the roles of George and Big Davey and performed in Billy Elliot Live a performance that was filmed and shown in cinemas around the world globally. He has also performed in Yank as the role of Sarge at The Hope Mill Theatre in Manchester. Spencer is thrilled to be performing at The Core Theatre in Beauty And The Beast with Little Wolf Entertainment. 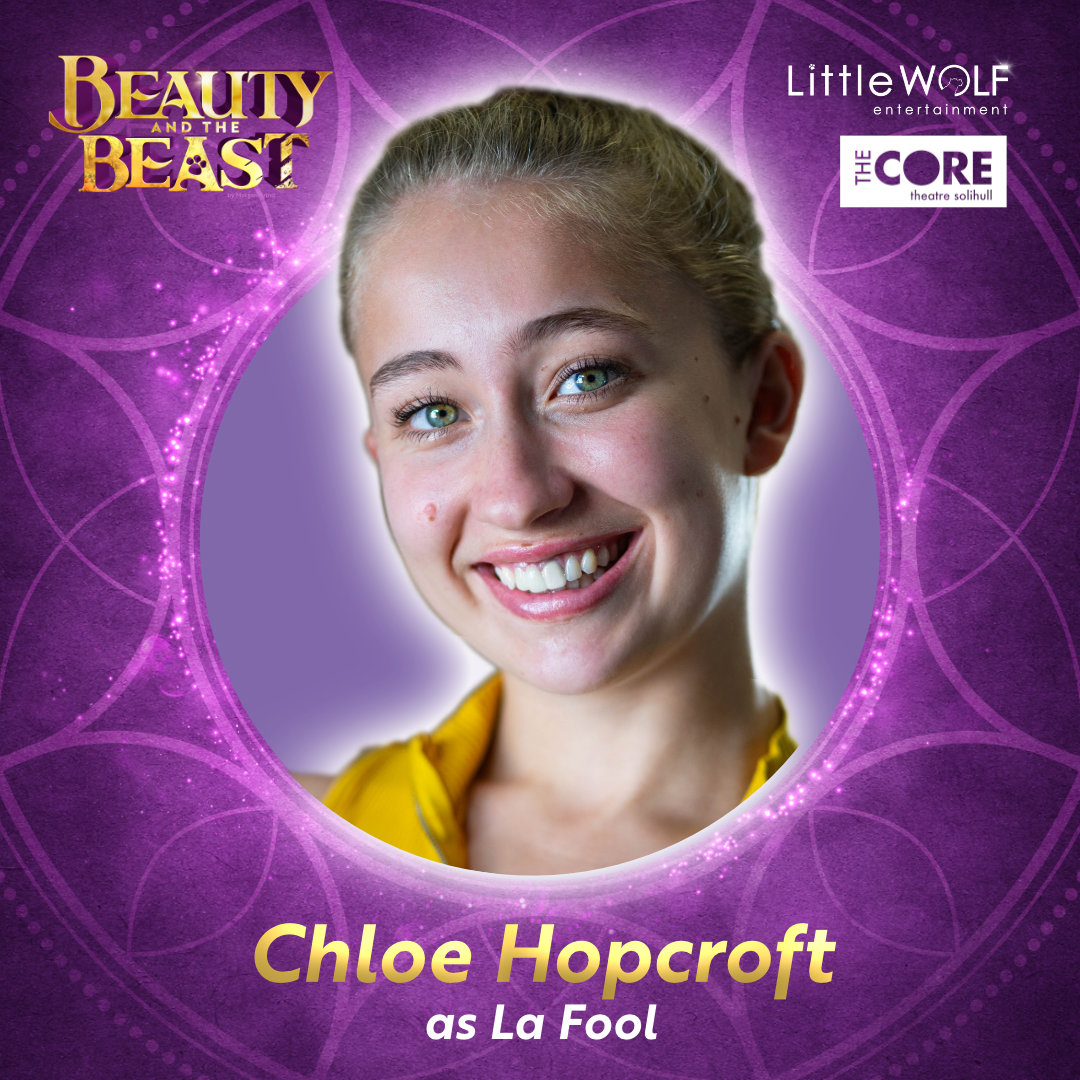 Trained at the Urdang Academy.

Chloe is super excited to be joining the Little Wolf pack and to spend Christmas with you all! 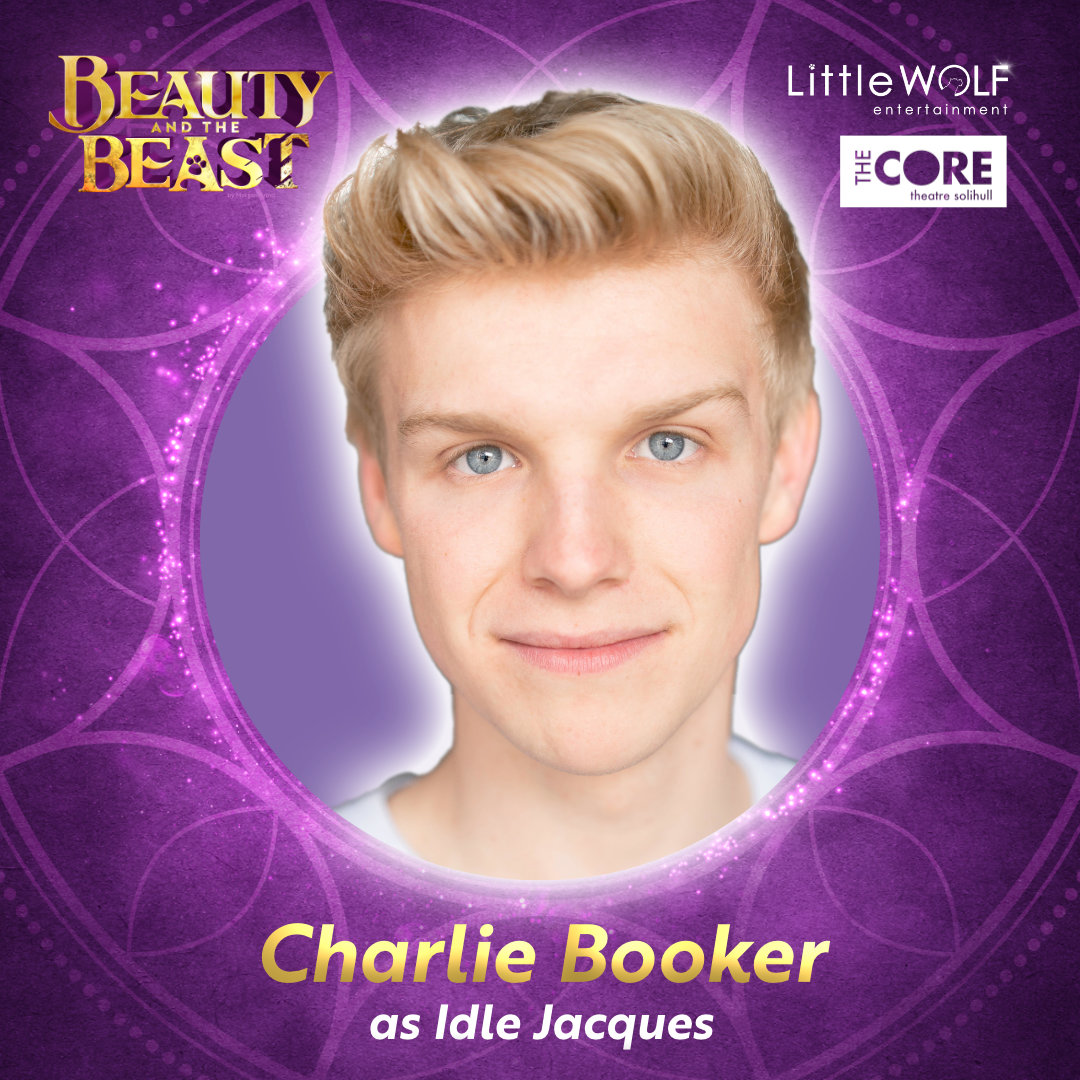 The Core Theatre is excited to welcome Charlie Booker to the Solihull stage! Charlie graduated from ArtsEd in 2020, and is no stranger to the world of panto, so we look forward to seeing him star as the hilarious Idle Jacques in Beauty and The Beast. More to follow!